To give you a short history of Danuser Machine Company, we give you our father Jerry's words.  "I must start with my grandfather, Kasper Berry Danuser, who was a Swiss emigrant. One of ten children, he came to this country in 1880. He produced the first piece of farm equipment that carried the name Danuser: a farm wagon built in the town of Readsville, Missouri, around 1905. In 1906, he moved his family to Auxvasse where my father, Henry, was born in 1908. The Danuser family moved to Fulton in 1910, and the original shop was located on our present plant site. In addition to the general repair work so common to shops of that time, he thrashed grain with steam power in the summertime and saw-milled in the off-season. 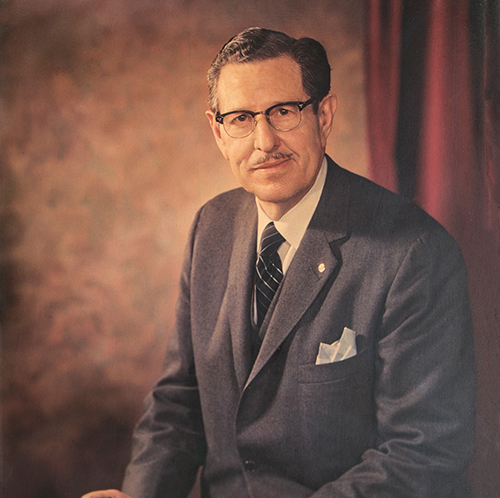 "During his college years, my father rebuilt a Ford automobile that had only four original parts left when he got through with it. He then drove this creature to Salt Lake, up to Yellowstone Park, and back home—a pretty rugged trip even by today’s standards. He later went to Wichita and became associated with Stearman Aircraft Company, and the President, Mr. Lloyd Stearman, was chief test pilot. With the winter season in Wichita and nearly 20 aircraft companies with no government business to carry them, they simply shut down. Dad then worked his way to Europe in 1930 by feeding a cargo of mules. He was gone about five months when he ran out of money. He convinced the captain of a tramp freighter that he could assist him in running his boat with no pay, only passage home. However, to make him an employee of the South Atlantic Steamship Company, they did pay him . . . one penny!

When he returned home, he worked with his father and acquired a unique automotive piston ring for distribution over the state of Missouri. This Cord Piston Ring would stop the excessive use of oil, and nearly every piston ring company uses such a design today.

Dad married Lillian Hill Hamilton on December 4, 1932, after installing a set of piston rings until 2:00 that morning so he could afford to pay for the wedding ceremony. 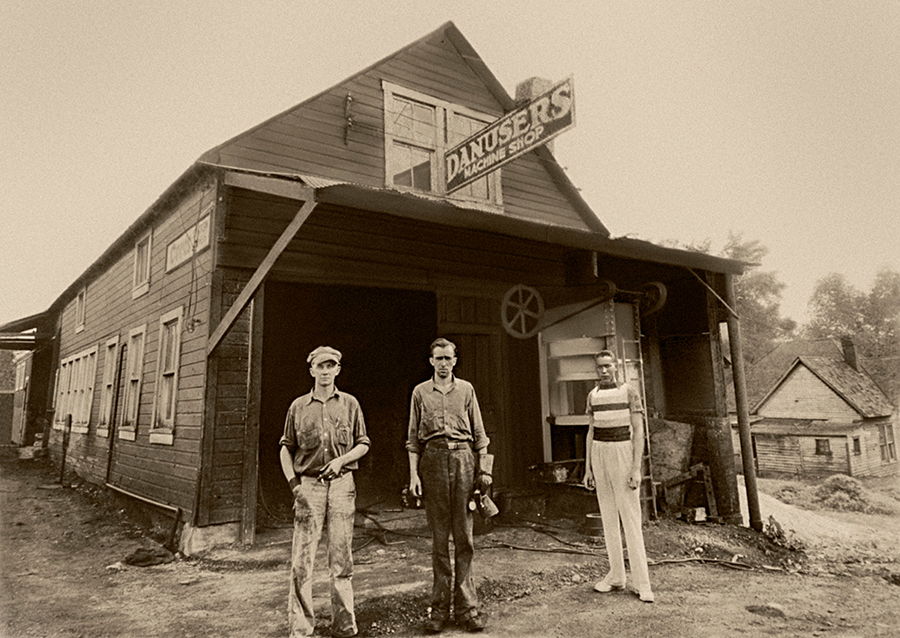 "My father purchased the company after his father’s death in 1937. At that time, we were still a carryover of Granddad’s blacksmith shop doing maintenance and repair work. Dad’s first product was a portable air compressor. Dad then designed and built a tree-moving machine. In 1941, Danuser Machine Company built the first rear-mounted Blade in the United States for a tractor. We have followed these early products with a number of introductions over the years.

From 1947 to 1957, we built Diggers for Ford Motor Company. We built Blades for J. I. Case Company from 1956 to 1969. This was all big business to a company our size. In 1960 alone, we built 1,000 Blades for Case. We have had similar arrangements with Oliver and International Harvester. We sold 5,000 Blades to Harvester. We have been very productive in our OEM business for many years, since back in the 1940s. The Ball Joints, Klik-Pins, and Clevis Pins have grown to a large customer list of agricultural and non-agricultural users.  Our implements are shipped to distributors worldwide. In 1968, we were awarded the Presidential 'E' Award for export, which means 10% of our business had to be in export, and we continue to progress in this area.

We are enthusiastic here...optimistic really, and busier than ever. Even though we are now well over 100 years old, I feel we are a young company, a flexible company.

My father and mother are both deceased. My father passed away in 1975 and my mother in 1978. I became President in 1976, and like my grandfather and father before me, nothing would happen without TEAMWORK. Danuser Machine Company would not be what it is today without the fine staff of people and the conscientious desire of our employees to build a better mousetrap. There is a sign in our plant we often refer to, and my grandfather’s words hold true today:  'Good enough won’t do - it must be right.'  We believe it!" 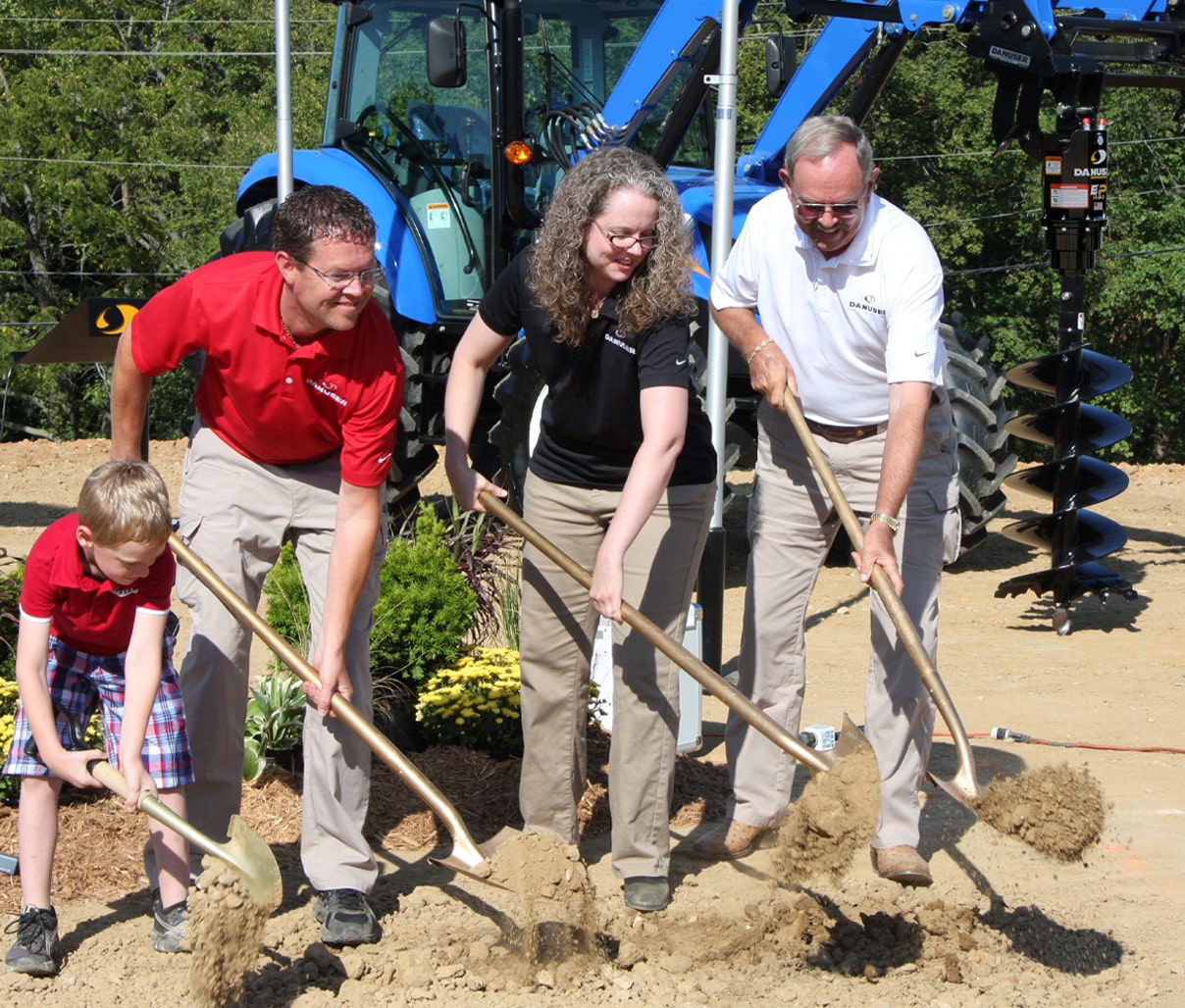 We are the fourth generation in this family-owned business and are pleased and proud to assure the continuation of quality products for our customers and continued employment for our employees.

As we've grown, we've watched our average length of employment reduce.  While we still have a few employees with over 40 years of service, we celebrate the fact we've had two retire with over 50 years of service. We are proud of our history, our people, our facilities, and our products. We're addressing the expansion needs of today and thinking about our needs for the next 100 years.  We firmly believe a fourth-generation, family-owned business survives this long because of one word: quality.